Immunisation is a safe and effective way to prevent serious childhood disease. Deaths from vaccine-preventable diseases have dropped by 99% in Australia since vaccination was introduced in 1932. Internationally, it is estimated that vaccination prevents upwards of 3 million deaths each year.

For immunisation to be most effective, a sufficient number of people need to be vaccinated to interrupt the transmission of bacteria and viruses from person to person (this is called herd immunity or community immunity). For most diseases, the vaccination rate of the population needs to be around 90% to achieve herd immunity, though for highly infectious diseases, like measles, it rises to 95%.

While most children in Australia are fully immunised, areas of low coverage persist. Low vaccination rates are not necessarily due to anti-vaccination ideology, but can occur for a range of reasons often closely linked to socioeconomic adversity and logistical barriers. These barriers are more common in rural communities.

This project will identify pockets of low childhood immunisation in the Hunter New England, Central Coast and Mid North Coast Local Health Districts (LHDs), explore the reasons for non-vaccination, and then identify and implement strategies to improve vaccination rates.

Based on the Tailoring Immunisation Programs (TIP) methodology developed by the World Health Organization, the project will seek to understand the barriers and enablers to vaccination in rural areas with low vaccination rates. Intervention strategies will be based on behaviour change theory which recognises capability, motivation and opportunity as important and necessary drivers of change. A similar two-stage study design will be used in each identified area of low vaccination to provide both situational and qualitative analysis in each area.

In addition to identifying targeted and tailored interventions for rural areas with low immunisation, the project will complete a cost-consequence analysis in another community where a TIP has already been completed. This analysis will determine the cost per percentage point increase in the number of fully immunised children, and a cost per additional fully immunised child, allowing comparison across LHDs, NSW Health and nationally. A template will be developed for use in other areas.

The project is expected to increase vaccination rates. Improving access to immunisation will also facilitate access to other preventative services including the early detection and treatment of childhood developmental concerns.

The project has identified three rural communities that were not previously known to have a large number of children not fully immunised for their age; Tamworth, Umina and Kempsey. Approximately 20 parents/carers have been interviewed in each of these areas. These interviews have shown that participating parents/carers are not opposed to immunisation, but a number of barriers have made it difficult for them to access it. These barriers include parents’ and carers’ previous experiences with immunisation services, the cultural appropriateness of available services and broader socio-economic factors such as a lack of transport.

The project has identified ways to increase the rates of immunisation in these areas including a greater range of community-based services that are free of charge, culturally appropriate, and available at locations and times that are convenient for parents.

Data collected from this project, including the cost-consequence template, will help inform effective immunisation policy and practice at the local, state and national level. 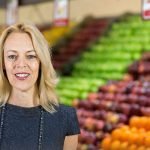 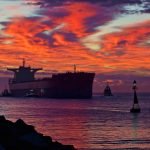 A new model to commission research

A new model to commission research