Stroke is common in Australia, with 60,000 new strokes yearly. Studies show these numbers are represented disproportionately across the nation with stroke rates 30% higher in rural areas.

Stroke is most commonly caused by blockage of an artery in the brain resulting in brain injury. Fast treatment with ‘clot busting’ drugs (thrombolysis with intravenous tissue plasminogen activator –tPA within 4.5 hours of onset) and/or endovascular clot removal (ECR) can save brain function. Stroke reperfusion therapies are highly effective treatments producing major reductions in disability. Two recent clinical trials have shown a major benefit for clot retrieval in patients selected using advanced imaging. This applies to only a minority of stroke patients (around 10%) but these are the ‘big strokes’ that cause around half of the population disability burden of stroke.

Patients in Australian rural and regional areas have had limited opportunity to receive ECR, as until recently, it was only believed to be effective if undertaken within 6 hours of onset of stroke symptoms, and it is only performed in major centres. Use of tPA in rural and regional patients has also been much lower than it should be.

This MRFF translational research builds on the team’s 3-5 years of experience running a world-first advanced imaging-supported telehealth service at Tamworth and Taree (with more than 200 patients having been assessed). A system will now be implemented to allow accurate identification and transfer of all ECR eligible patients in northern NSW, and to provide neurologist support to rural centres to boost rates of treatment with tPA. The acute 24/7 telestroke service providing neurologist videoconferencing and advanced CT imaging-supported stroke treatment will be implemented in seven district hospitals. Paramedics will be trained to help with candidate identification so that patients can be taken to the most appropriate centre immediately. Agreed protocols will be supported by training simulations for clinicians.

It is expected the project will significantly boost rates of tPA treatment in the rural centres from <2% to include all the 10-15% of eligible stroke patients and provide access to ECR for rural patients for the first time (around 5-10% of stroke patients). It is expected the project will assess and provide advice on treatment for 400 patients over a year and directly benefit >40 patients. However, the project is also designed to provide long-term sustainable improvements in therapy and act as a model for other rural regions.

Delivering reperfusion therapies to currently underserviced locations is also expected to reduce the overall costs to the community by preventing both lost work opportunity and increased care costs (estimated at 2.1 billion per annum nationally). Modelling in other settings suggests the high likelihood of major cost-benefits (or even cost-savings), providing support for ongoing funding and a sustainable service. 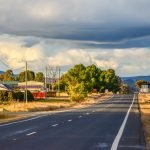