Over recent decades, the rates of overweight and obesity have risen dramatically in Australia. The most recent data from 2014 to 2015 estimates that 63.4% of Australian adults and 27.6% of children are now overweight or obese. This translates to 1 in 10 more adults with obesity today than in 1995. Furthermore, a consistently higher prevalence of overweight and obesity is measured in Aboriginal and Torres Strait Islander adults and children compared to their non-Indigenous peers.

Being overweight or obese increases one’s risk of developing a range of chronic illnesses, including heart disease, stroke, diabetes, osteoarthritis and cancers of the breast, prostate, liver and colon, among others. Moreover, the increased risk is proportionate to Body Mass Index (BMI), i.e. the higher the BMI, the greater the chance is of developing associated co-morbidities. For children with obesity, there is an increased risk of breathing difficulties, fractures, hypertension, early signs of cardiovascular disease, insulin resistance and psychological effects. Childhood obesity is also closely associated with obesity, disability and premature death in adulthood.

The Addressing Overweight and Obesity Project was a local initiative of NSW Regional Health Partners and was funded by Hunter Medical Research Institute (HMRI). The Project was commissioned in recognition that there are significant, often collaborative, healthy weight initiatives across the NSWRHP organisations, and there is value in collating and analysing information about them to assist the partners in future planning and decision-making.

Overall 99 programs, research projects and services were identified in the Addressing Overweight and Obesity scoping with over half targeting children. Two-thirds of the programs and projects focus on promoting healthy eating, increasing physical activity and/or decreasing inactivity. Twenty-seven treatment programs and services were identified across the eight NSWRHP organisations; however only two provided intensive treatment options for severe complex obesity and neither are currently delivered due to a lack of funding and/or resources. Eighty-one of the programs, projects and services identified were undergoing some type of evaluation (82%) with 62 randomised control trials (77%).

The Addressing Overweight and Obesity Final Report provides evidence to assist NSW Regional Health Partner organisations and policymakers to make key decisions with regards to overweight and obesity prevention and treatment in our local area. The objective of future action will be to enhance services and programs; lower healthcare use and cost; and undertake targeted obesity research with the ultimate aim of reducing levels of obesity-related morbidity and mortality, and achieving better health outcomes for local communities.

For more information about the Addressing Overweight and Obesity Project, contact contact@nswregionalhealthpartners.org.au 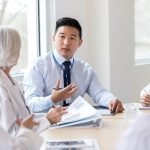 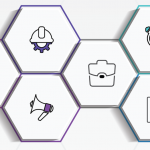